JWC has started 2015 with a busy schedule. The myriad of training and planning events in Stavanger aims to provide an excellent preparation and coordination of effort for this year’s upcoming operational-level exercises. 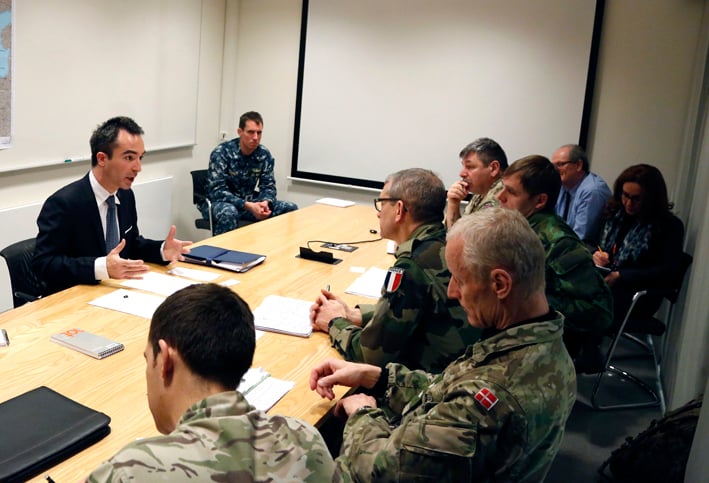 There is little doubt that exercise TRIDENT JUNCTURE 15 (TRJE 15), the vehicle for NRF 16 certification under the lead of JFC Brunssum, will be NATO’s flagship exercise this year.

Directed by German Army Major General Reinhard Wolski, Commander JWC, TRJE 15 will involve more than 25,000 troops from Europe and North America and will commence in September in order to ensure NATO’s interoperability, readiness and responsiveness in a complex and distributed environment.

The exercise will be followed by a joint LIVEX.

During TRIDENT JUNCTURE 15, NATO will use JWC-created SOROTAN operational scenario for the first time, which utilizes the theme of water conflict at its centre. Some of the complex themes that will be exercised at the operational level include hybrid warfare, strategic communications, Joint Intelligence, Surveillance and Reconnaissance (JISR) and cyber-defence.

JWC training teams tested exercise STARTEX conditions during JWC’s first war-gaming event last October with the aim to foster mutual understanding of SOROTAN and enable its advance. In January, participants from JWC’s scenario and training teams, NATO’s two Strategic Commands and NRF 16 HQs under the lead of JFC Brunssum analysed in detail the exercise objectives and generated complex and realistic incidents to be used within the scenario. 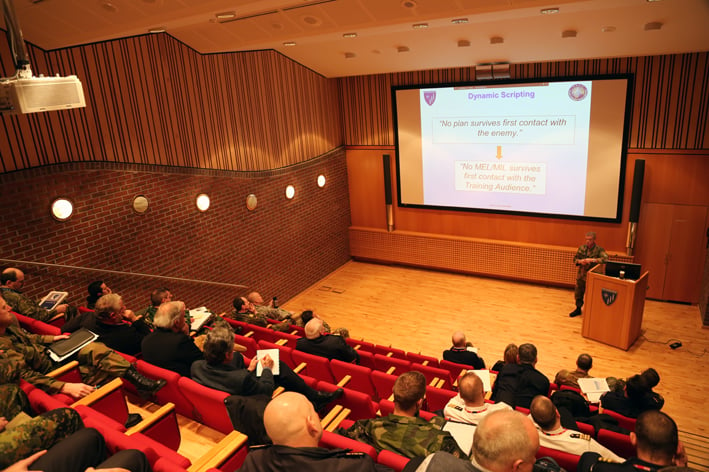 Scheduled for March, exercise TRIDENT JEWEL 15 (TRJL 15) will train and evaluate MARCOM's ability to command and control the full spectrum of joint maritime capabilities within the Euro-Atlantic region, and ultimately certify its Full Operational Capability as NATO's principal maritime advisor.

U.S. Navy CDR Michael Angelopoulos, JWC's Officer of Primary Responsibility (OPR) for TRJL 15, said: "The exercise has been designed from the beginning to provide MARCOM a challenging environment in which to test its ability to manage joint forces during a complex political and civil Crisis Response Operation. TRIDENT JEWEL 15 will be the first time MARCOM will assume the role of Joint HQ at the operational level as well as the first use of the newly developed SKOLKAN 2.0 scenario focused on the failing state of Arland." 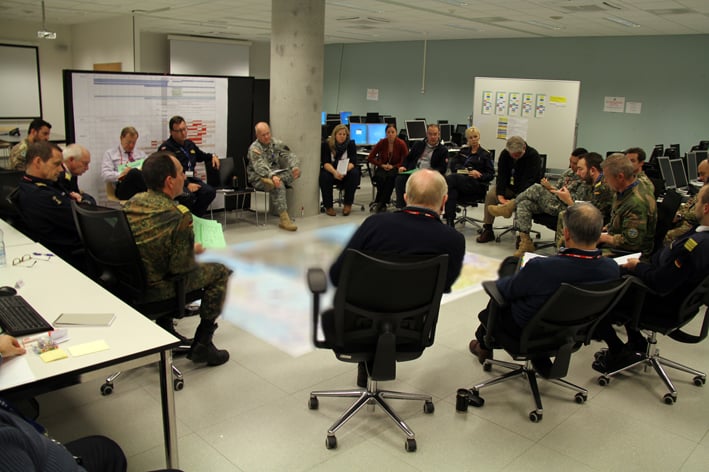 In order to conduct the Crisis Response Planning for TRIDENT JAGUAR 15 (TRJR 15), both NRDC-Italy and ARRC sent their OLRTs to Stavanger, simulating a deployment to the fictitious SKOLKAN nation of Arnland. Simultaneously, the main planning activities occurred at the respective HQs supported by the Training Teams from the JWC.

All of these activities are critical to ensure that both HQs are ready for the execution phase of TRJR 15, which will occur this spring.

U.S. Army Lieutenant Colonel Thomas E. Sachariason, JWC’s Officer of Primary Responsibility (OPR) for TRJR 15, said: “The teams from both NRDC-ITA and the ARRC really rose to the occasion during their deployment. They were challenged with a complex ‘failing state’ scenario, but quickly organized and began operating the day they arrived. I was impressed with the scenario level of knowledge in both teams which told me they had really done their homework before deploying”. 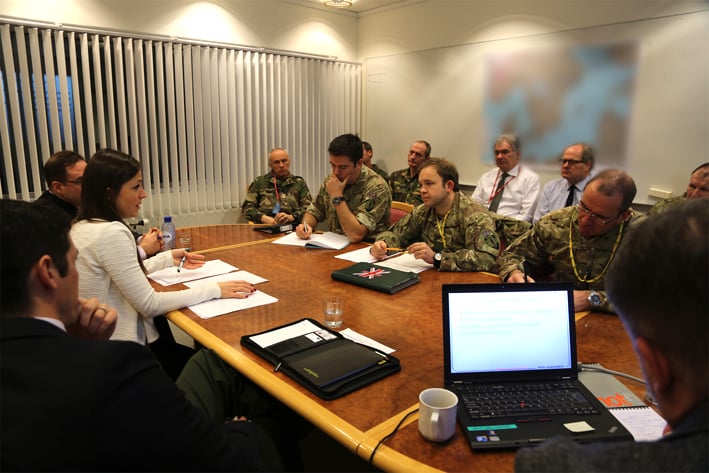 Brigadier General Fontana added: “The realistic situations experienced by the NRDC-Italy OLRT have made us feel at times like we are really in ‘Arnland’. We have been challenged by the JWC White Cell role-players as they provided interesting and realistic characters as well as information within the developing scenario to our OLRT. This has made for excellent training, and we feel we have met the challenge to make contacts, gather information and conduct assessments within the scenario to pass back to our planning team in our HQ in Italy.” 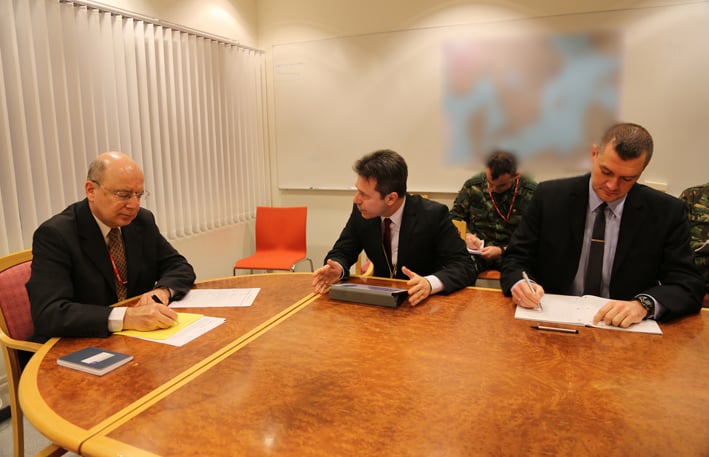 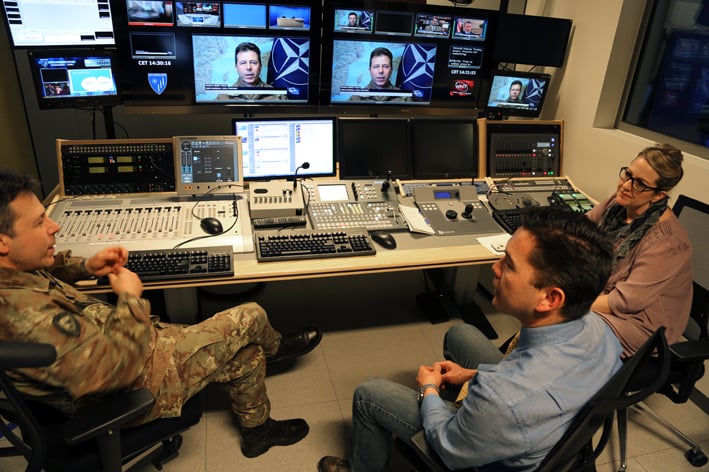