It aims to certify both NRDC-Italy and ARRC in a JTF HQ role, planning and conducting a land-heavy Crisis Response Small Joint Operation, involving war-fighting capabilities in the early stages. 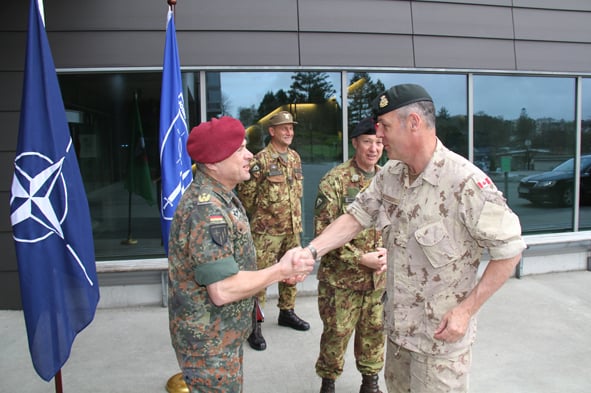 TRJR 15 is the first exercise to use SKOLKAN 2.0 training scenario in conducting a land-heavy SJO — additionally, for the first time, a Joint Force Commander from JFC Naples served as the Officer Conducting the Exercise (OCE) for a NATO Force Structure exercise.

Admiral Mark Ferguson, Commander JFC Naples, earlier explained that TRJR 15 was "one of a number of national, bilateral and multinational NATO exercises taking place across Europe, the Baltic Sea and the Mediterranean that are building enhanced national and Alliance military capacity, capability, readiness, responsiveness and joint interoperability."

The Admiral also stressed that with any joint multinational exercises on this scale, NATO visibly demonstrated its commitment to its Allies on Collective Defence in a dynamically changing and complex security environment.

Preparations for TRJR 15 started in February 2014. NATO Rapid Deployable Corps-Italy (NRDC-Italy) achieved Full Operational Capability as a Joint Task Force (JTF) HQ on 28 April, able to provide an immediate military response in reaction to the traditional and asymmetrical threats associated with a fictional failing state in northern Europe as part of the SKOLKAN 2.0 training scenario.

"NRDC-ITA is paving the way for a new series of NATO exercises, which indicates the new NATO approach towards new international challenges," an article on NRDC-ITA website said. 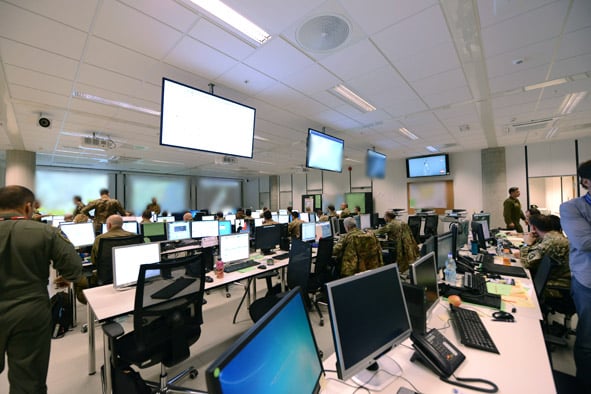 JWC's Officer of Primary Responsibility (OPR) for TRJR 15, United States Army Lieutenant Colonel Thomas Sachariason, highlighted the significance of the exercise, saying that the SKOLKAN 2 scenario provided the depth and complexity required for this level of exercise.

He then added: "Specifically, this is an excellent opportunity for NRDC-ITA and NATO Special Operations Headquarters (NSHQ), but also for the JWC and the Host Nation. NRDC-ITA and the Special Operations Component Command Core (SOCC-CORE) get to practice deploying and operating in remote locations and the JWC and the Host Nation get to showcase the outstanding facilities and capabilities they have to offer to conduct operational level exercises."

NRDC-ITA is commanded by Italian Army Lieutenant General Riccardo Marchiò. When asked about the significance of the exercise, Lieutenant General Marchiò earlier said: "This exercise is our milestone event, the final step of our Full Operational Capability validation process as a Task Force Headquarters land-heavy for Small Joint Operations. It will demonstrate that NRDC-ITA is ready to face any challenge and to carry out its mission for the full spectrum of operations."

Lieutenant General Marchiò added: "TRJR 15 represents the outcome of more than three years of commitment of the twelve contributing nations of NRDC-ITA. This effort will allow our HQ to comply with the NATO Level of Ambition and will test our readiness to deploy worldwide in response of any crisis under the NATO umbrella." 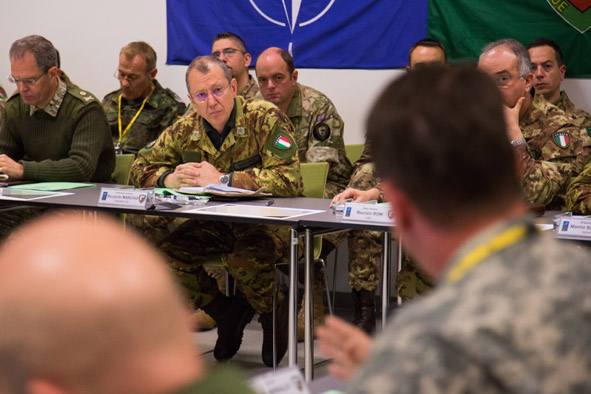 Earlier, on 23 April, an NRDC-ITA website article written by Mr Paola Casoli recited a quote from Major General Reinhard Wolski, Commander JWC and Exercise Director, who said: "NRDC-ITA is performing very well, they are very well prepared and I can affirm that they are the best training audience I've ever had."

NRDC-ITA is one of the first NATO HQs to complete transformation into a Joint Task Force Headquarters, following NRDC-Spain last year.

A more detailed article about TRJR 15, including the exercise execution for both NRDC-ITA and ARRC, will be published in the September issue of "The Three Swords" magazine.