General Kristoffersen took part in an office call with Rear Admiral Kaack, where the parties discussed, among other topics; Norway’s excellent Host Nation Support and the cooperative partnership with the local authorities, Exercise STEADFAST JUPITER-JACKAL 2020, JWC’s new wargaming initiative, and the enhanced dialogue with the key actors of the Norwegian Total Defence Concept.

The Centre’s unique capabilities and role within the NATO Alliance was the theme of the mission brief, followed by a presentation on Exercise STEADFAST JUPITER-JACKAL 2020, which also included a brief description of the JWC’s upgraded health and safety measures on the compound.

During his visit, General Kristoffersen met with the Norwegian Contingent serving at the JWC and he was given a guided tour of the Centre’s state-of-the-art training facility.

“It was an honour to host General Kristoffersen at the JWC,” said Rear Admiral Kaack, adding: “The outstanding support by our Host Nation and the Norwegian Armed Forces is one of the cornerstones of our success in preparing NATO HQs for any challenge they might have to deal with.”

The Memorandum of Agreement between JWC and Kingdom of Norway from 2006 is the basis for Host Nation Support and implementing arrangements crucial to the sustainability of the JWC and an excellent example that demonstrates the commitment of Norway to the Joint Warfare Centre.

“This is my first visit to the Joint Warfare Centre and I found it highly impressive. Our cooperation is mutually beneficial and I am looking forward to extend it even further between the Norwegian Armed Forces and NATO,” said General Kristoffersen. 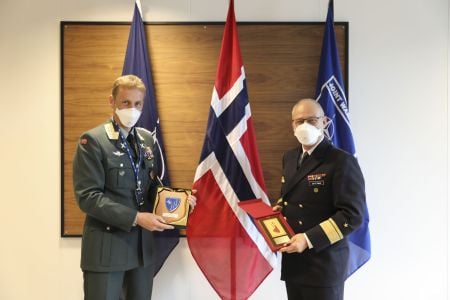 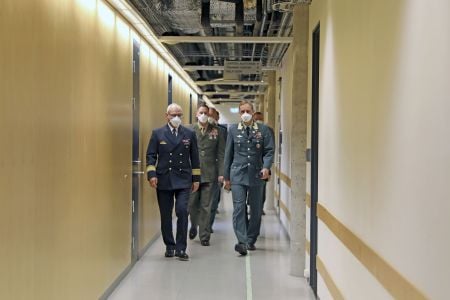 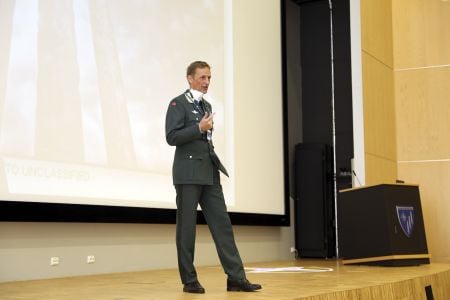