In order to celebrate the 25th Anniversary of German reunification, the German Senior National Representative, Colonel Peter M. Baierl and the German contingent based in Stavanger, Norway, hosted a festive reception on 3 October for all JWC staff, represented by 16 Nations, and their families.

Welcoming the guests, Colonel Baierl delivered a speech and reviewed the political, economic and social aspects of the reunification, in the aftermath of the fall of the Berlin Wall.

During the ceremony, the German Army Band played a memorable repertoire of music, including the German National Anthem. 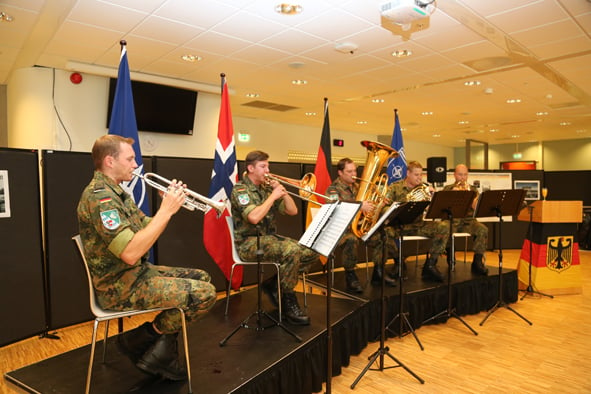 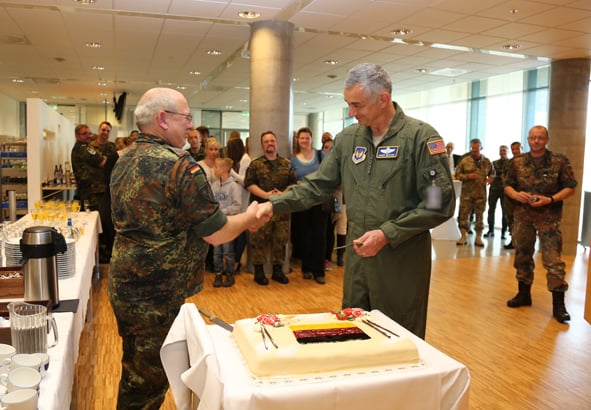