As ODE, Major General Buehler and the JWC were responsible for the approximately 18 months of planning and design efforts that led up to the actual execution of the exercise, and served as the Exercise Control (EXCON) from both Adazi Base near Riga, Latvia and at JWC in Stavanger, Norway.

According to Major General Buehler, the exercise provided a valuable learning experience for JFC Brunssum:

“In designing the exercise script, or ‘storyline,’ JWC was able to test the Command and Control of the JFC as well as specialized areas such as cyber defence and ballistic missile defence.”

Major General Buehler explained that JWC’s role in the actual execution of the exercise is that of a stage manager: 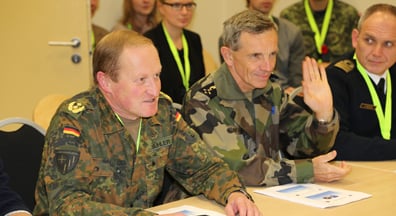 STEADFAST JAZZ involved 3,000 headquarters personnel from JFC Brunssum and the JWC along with personnel from the Baltic countries of Lativa, Estonia and Lithuania, plus an additional 3,000 personnel who participated in a live-fire exercise at Poland’s Drawsko Pomorskie Training Area. 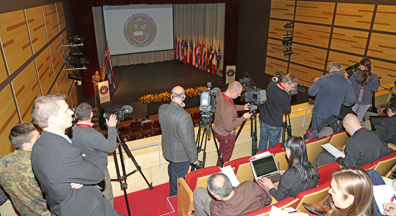